Alexey Morosov was born in Frunze (USSR) in 1974.
Graduated from the Faculty of Sculpture in V. Surikov Moscow State Academy Art Institute
(studio of the academician Leo Kerbel) in 1999
Member of RAA (Russian Academy of Arts) Presidium since 2014
Lives and works in Lucca (Italy)
Alexey Morosov’s works can be found among the collection of the State Russian Museum., St.Petersburg,
Museum of New Academy of Fine Arts St. Petersburg, and in important corporative and private collections.

“…Integrating it and directing its transition towards contemporary iconography, without derogating from the hieratic nature of the historical significance.
Bronze, like other “classic” materials facilitate this type of experimentation, of iconographic “transition” and integration between manual labour and technological intervention.
Morosov, as already mentioned, imposes a syncretic strategy also applied to the use of materials, combining “classic” media with technological materials of an industrial nature, as illustrated by the works on display…”
Alessandro Romanini
Art critic, scientific committee president of Foundation Raghianti Lucca/ Italy

“…Alexey Morosov revisits multiple and diverse traditions, fusing the linguistic and iconographic sources – maintaining a balance between adhesion and irony and insinuating bold and unexpected “distractions” – with intentions, signs and themes of a distinctly contemporary nature, while also leading us to reflect on the need, repeatedly manifested throughout history, to elect past models and to express ourselves…”
Paolo Giulerini
Curator, Director of Naples National Archaeological Museum
Naples/ Italy 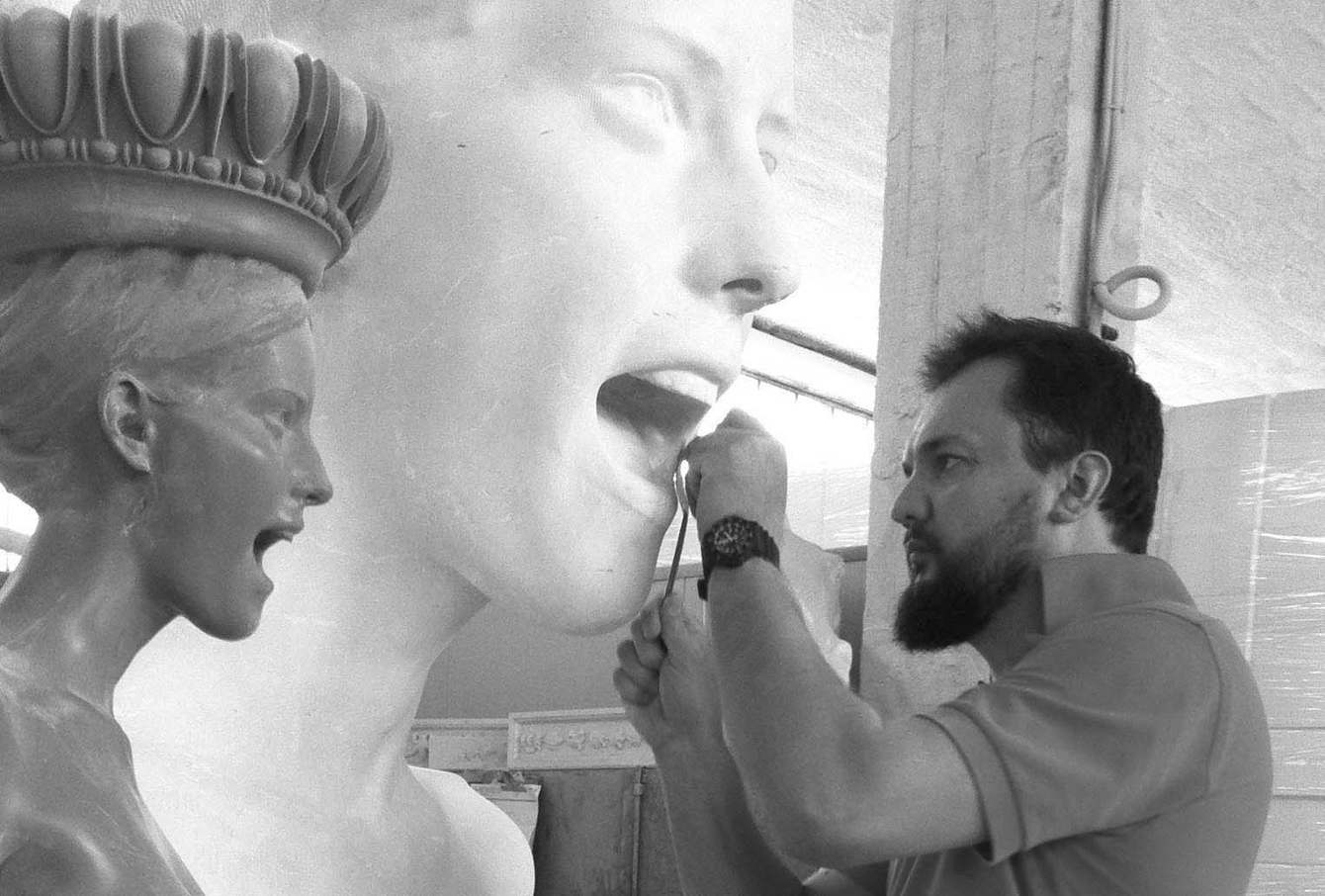